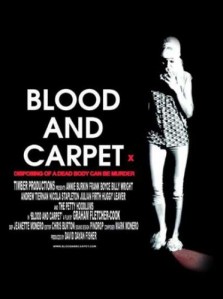 Acclaimed  Film Maker and Actor Graham Fletcher Cook has been in the business since his teens. He burst onto the scene with a small role in the beloved movie “Bugsy Malone” alongside his brother Dexter. With a long and varied career, he has appeared in movies as diverse as The French Lieutenant’s Woman, Absolute Beginners which featured David Bowie and more recently Eddie The Eagle. Fletcher-Cook is a respected Director and has run acting workshops since 1992, which have been attended by many high profile talent.

Most recently he has directed a wonderful independent film described as a mystery/drama/noir/comedy called “Blood and Carpet”, which was made on a shoe string budget of only £3000!  It is a superb period piece set in the late 1960s and shot in  black and white which helps to completely capture the era.

I was delighted to have the opportunity of an exclusive Q and A to learn more about his work.. 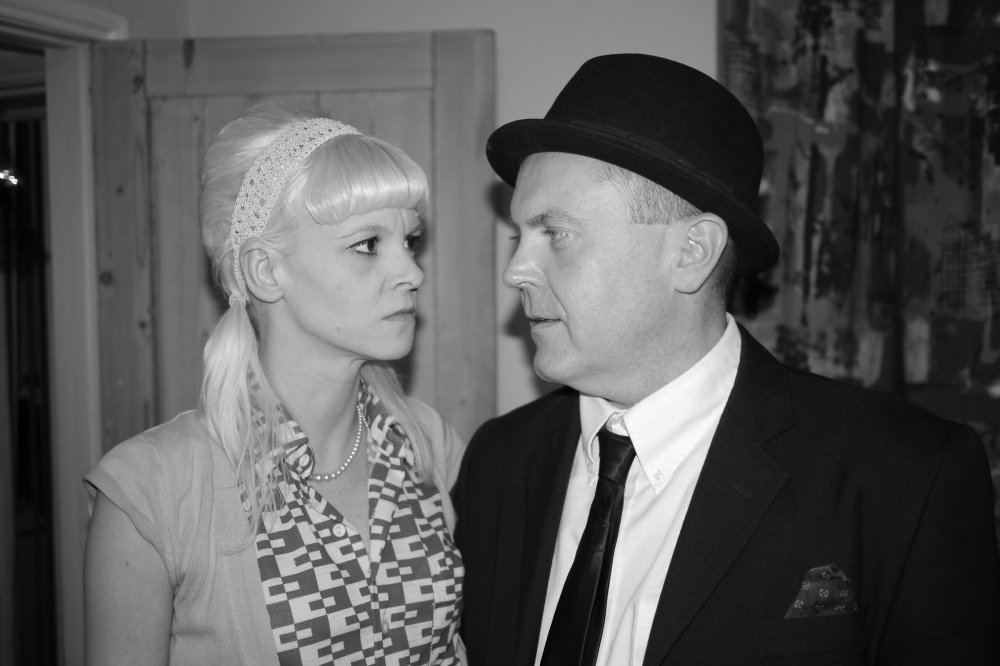 A scene from Blood and Carpet

I got involved in working in film at a tender age. As children, my mother took us to a drama club run by Anna Scher in Islington which pretty much my entire extended family of brothers, cousins and aunts all attended. In that way, working in film was a very organic occurrence as when Anna Scher started to gain a reputation for producing natural and gifted young actors, directors would regularly turn up and cast for their films. We started acting in public information films, children films for Saturday morning pictures and television drama. By an extreme stroke of good fortune, the first movie set that both myself and my brother Dexter walked onto was ‘Bugsy Malone’. This was also an amazing opportunity to watch people at work on film sets and explore the myriad of different jobs that go towards making a film. 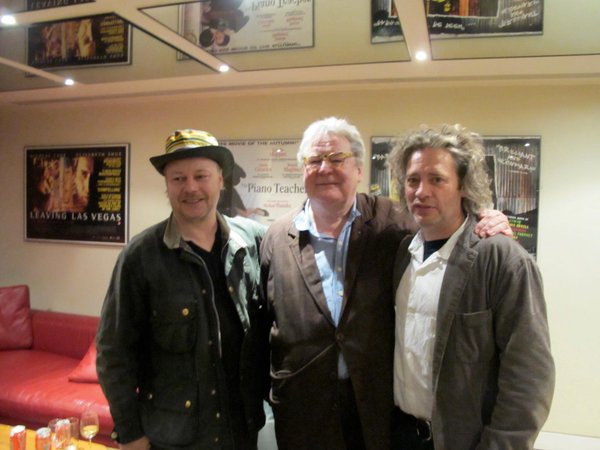 I have been director of Timber Theatre for some 15 years now. Part of the companies remit is that we hold acting workshops on a regular basis. The workshops are based on improvisation and on one such occasion I gave the group an exercise to create a scene where someone is panicking. From this sparse direction some of the actors, Annie Burkin, Victoria Muldoon and Duncan Alexander created a scene where they were scrubbing blood from the carpet of their sitting room floor. It was a very tense and involving scenario and after the workshop had finished we all remarked on how it would make a fantastic opening to a movie. From that gem of an idea, I wrote a script and set about fundraising. Subsequently, some 6 weeks later, we found ourselves onset making the movie Blood And Carpet, with Annie Burkin starring in the feature length version of the scene she had originally thought of.

Being a young child in the 1960’s I naturally have a great fondness for the era. We actually built the set based on my grandparents lounge and of course that brings back so many happy memories. When people visited the set they would remark that it made them feel nostalgic, warm and happy to such and extent that we sometimes had trouble getting them to leave so we could continue working. To capture the era we spent a great deal of time on attention to detail. We scoured flea markets and the internet for props and costumes and would feel a great sense of achievement when sourcing an appropriate lampshade or tea strainer. To further enhance the period look of the film we watched a lot of films of that era, collecting appropriate phrases and speech patterns which the actors then recreated in their performances. Also shooting the film in black and white and mixing the sound in mono helped with overall feel.

The main challenges were shooting under such a demanding schedule. The budget was so tight that we only had 2 weeks to complete the entire movie which is generally unheard of when making a feature film. However this forced us to think on our feet and work with an immediacy that harked back to the b-movies of the 1960’s on which Blood And Carpet is based.

Blood And Carpet is a performance based movie. At the micro budget level at which we were working the film was never going to be about huge special effects, elaborate locations and hundreds of extras. As a result the film is all about the human drama brought to life by the cast. I am overjoyed at the way in which the actors interpreted the script and found meaning that I had never dreamt of. Having worked with actors such as Frank Boyce, who played Melvin, for many years in the theatre, it was a wonderful opportunity to take all those years experience and channel them into a fantastic film performance.

We managed to shoot the film for 3000 pounds by keeping everything to a minimum. Onset there was usually four people excluding the cast, that being Maika Crampton doing art direction/hair/makeup. David Foster recording the sound. Director of photography Jeanette Monero and myself. Then whoever wasn’t acting in a scene would help with lights or catering or production. We borrowed equipment. All the cast deferred their usual payments and the post production was done by calling in favours. Generally we spent most of the budget on props and costume and food. A good recipe for spaghetti bolognese goes a long way when making a micro budget feature film. And we shot most of the film in my lounge.

With unlimited resources I would love to make an epic western. The beauty and drama of the Italian westerns of the 1960’s are some of my earliest memories of films making a major impact upon my imagination. It would be my dream to take a film unit from Almeria in southern Spain to Monument Valley in Arizona and reinvent American folklore in the same way that Sergio Leone and Ennio Morricone did with such innovation with the Dollars trilogy.

My main influence is John Cassavetes. I am continually in awe of his skill as an actor, director and human being. Working from a grounding in theatre and improvisation and moving into film, John Cassavetes wrote the blueprint. He showed me the way to achieve my dreams for which I am forever grateful. Other filmmakers that have had enormous influence would be David Lynch, Sergio Leone, Alfred Hitchcock, Ben Wheatley, Dexter Fletcher, Alan Clarke, Alan Parker and Dario Argento.

My advice to aspiring filmmakers would be: Don’t try to compete with what is happening in the multiplexes. Be original, be innovative and tell your story from your own unique perspective. There is not any given formula for what makes a hit movie. Nobody really knows what the next breakthrough film will be or where it will come from and your ideas are as valid as anyones. Concentrate on storytelling. Stop making excuses and start making films. The conditions will never be perfect but if you have an idea and an iPhone the possibilities are endless and I for one look forward to seeing the results. Don’t bother with short films, make a feature. Sound is very important. And make sure you get someone onboard who cares about the sound as it is very, very important. And concentrate on the sound. Did I mention sound?

Currently working on a reinvention of the ‘whodunnit’ murder mystery genre called Burned from a script by Annie Burkin to be shot in Europe in late 2016. It’s a tale full of twists, turns and intrigue produced by Valentine Nonyela who worked on Blood And Carpet. Then for 2017 I am directing Memorial a zomcom by BAFTA nominee Danny King who wrote Wild Bill and Eat Local. We will be shooting in the UK with a fantastic cast attached of which unfortunately I cannot elaborate any further at this stage. As soon as everything is crossed and dotted you will be the first to know Jayjay.