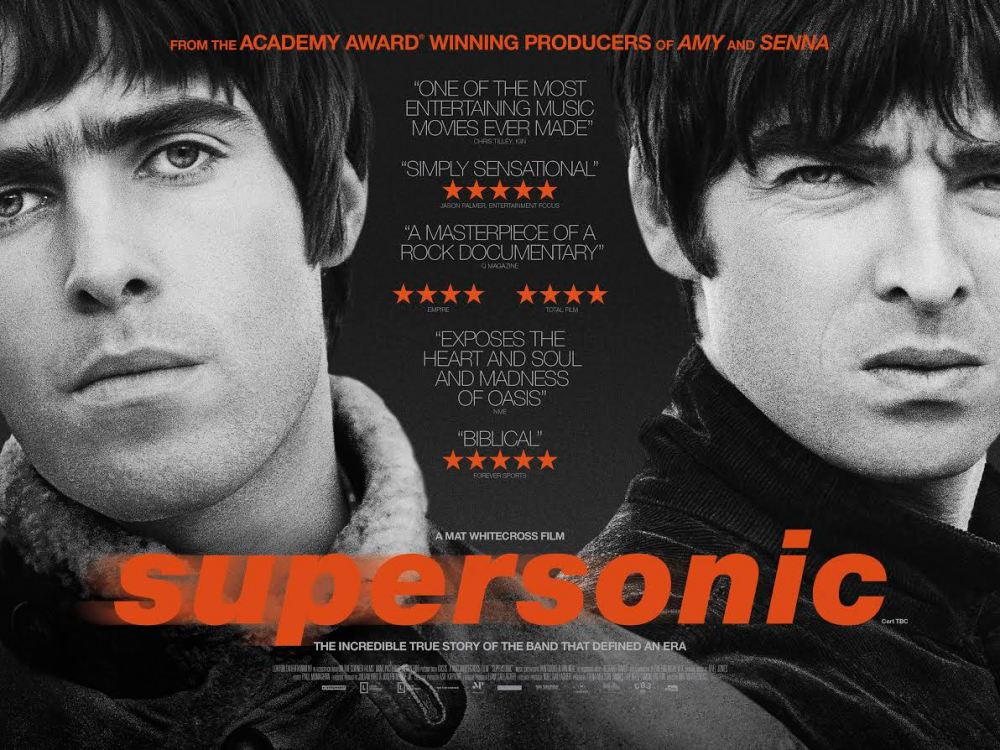 Brit rockers Oasis never went (Champagne) supernova in America in the same way they did in their homeland. But the tale of the always mouthy, forever-battling Gallagher bothers — singer Liam and guitarist-songwriter Noel — remains one of music’s most entertaining tales of sibling rivalry.

Now, that story is detailed in a new documentary called Supersonic .

Supersonic is directed by Mat Whitecross, whose previous credits include 2010’s Sex & Drugs & Rock & Roll (which also sounds like the name an Oasis documentary, but is in fact a biopic of the late singer, Ian Dury).

You can find a list of cinemas where Supersonic is screening at the film’s official website. You can watch the documentary’s trailer, below.